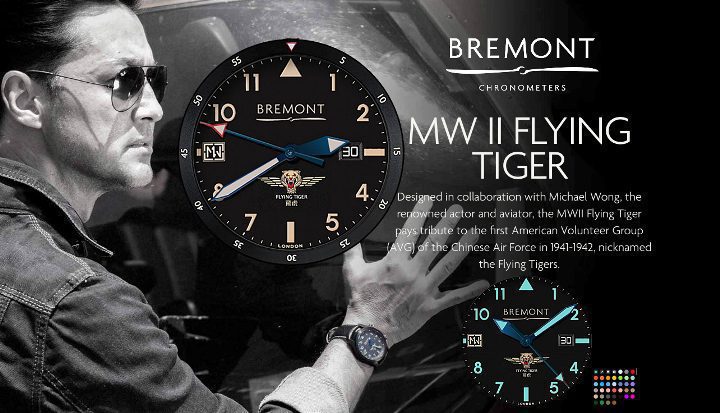 8 years on from the first Bremont x MW Michael Wong collaboration, 2019 sees the release of the MWII Flying Tiger. Designed in collaboration with Michael, the renowned actor and aviator, the Bremont MWII Flying Tiger pays tribute to the first American Volunteer Group (AVG) of the Chinese Air Force in 1941-1942, nicknamed the Flying Tigers. Based on the design of the U-2 range which was originally developed for and inspired by a select number of elite military squadrons, the new timepiece has a significant aviation pedigree. The MWII Flying Tiger incorporates the brand’s trademark vintage ‘51’ lume, originally found on the Limited Edition P-51, together with heat-treated steel-blued hands. The MW Michael Wong logo features at 9 o’clock with the Flying Tigers logo in the center of the dial.

AVG FLYING TIGERS
The AVG Flying Tigers was composed of pilots from the United States Army Air Corps (USAAC), Navy (USN), and Marine Corps (USMC), recruited under President Franklin Roosevelt’s authority before Pearl Harbour. The aircraft was to fly with Chinese colors but be under American control. The group consisted of three fighter squadrons of around 30 aircraft each. The Flying Tigers trained in Burma before the American entry into World War II to defend China against Japanese forces. The group of volunteers was officially members of the Chinese Air Force. While it accepted some civilian volunteers for its headquarters and ground crew, the AVG recruited most of its staff from the U.S. military. The group demonstrated innovative tactical victories when the news in the U.S. was filled with little more than stories of defeat at the hands of the Japanese forces and achieved such notable success during the lowest period of the war for both the U.S. and the Allied Forces as to give hope to America that it might eventually defeat Japan. AVG pilots earned official credit and received combat bonuses for destroying 296 enemy aircraft while losing only 14 pilots in combat. On 4 July 1942, the AVG was disbanded and replaced by the 23rd Fighter Group of the United States Army Air Forces, which was later absorbed into the U.S. Fourteenth Air Force with General Chennault as commander. 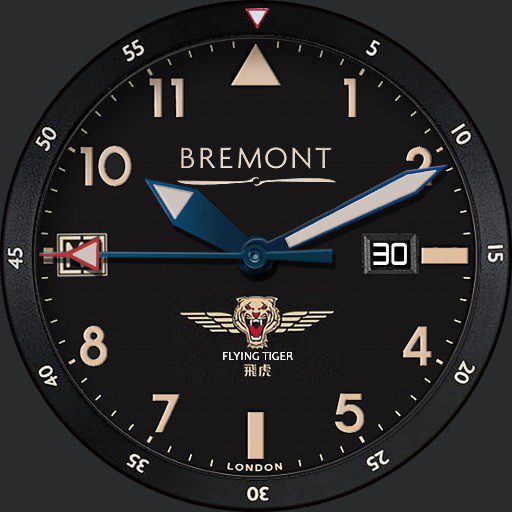 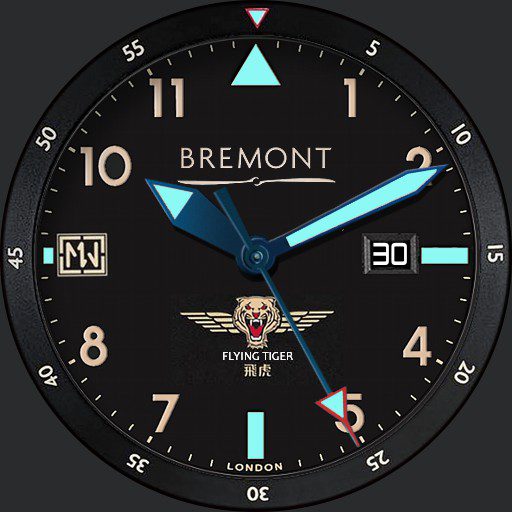