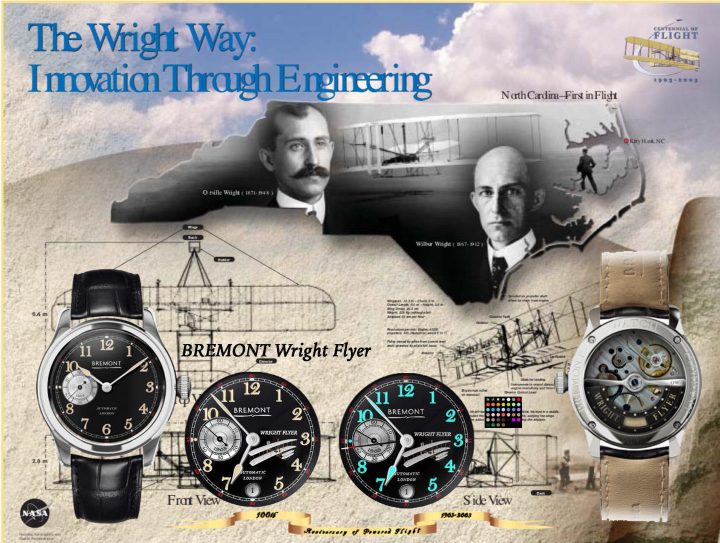 “If we all worked on the assumption that what is accepted as true is really true, there would be little hope of advance.”
-Orville Wright-
“It is possible to fly without motors, but not without knowledge and skill.”
-Wilbur Wright-
Face completely reworked in photoshop. The first face shows the Original face, the second face with a blueprint from the Wright Flyer aircraft plus date in 6 o’clock position. Bremont BWC/01 movement re-styled with movable rotor, balance, and escapement. Have Fun.

The Wright brothers ring in the era of motor flight with their self-constructed biplane.

The 12 seconds that Orville Wright left 112 years ago today at 10.35 am in Kittyhawk, North Carolina, with his airplane later known as the Wright Flyer, can be regarded as the birth of motor flight. The biplane, which he had constructed together with his brother Wilbur, put back about 36 meters on his first hops. During the day, the brothers who flied while flying, flights up to 59 seconds and more than 250 meters wide.

The Wrights had begun their construction activities with a bicycle workshop. They later used the knowledge gained in mechanics, balance, lightweight design and drive technology in aircraft construction, having enthusiastically studied aviation and the knowledge already available from pioneers such as George Cayley, Octave Chanute, and Otto Lilienthal. Initially, the Wrights also devoted themselves to gliding, constructing a biplane that, with its twistable tail ends, anticipated pure weight-shifting control – as was customary in Lilienthal’s designs, and anticipated the development of ailerons instead. Her calculations of aerodynamic processes were examined using models in the wind tunnel. Finally, the Wrights equipped their third glider with a self-constructed four-cylinder four-stroke engine that operated on two propellers at the trailing edge of the wings via chain drives. That’s how the Wright Flyer came into being.

According to tradition, Wilbur Wright won the right to fly for the first time on December 14, 1903, on the lower wing of the flyer, from where he operated the wires to control the rudder surfaces. However, he did not drive sensitively enough so that the machine plowed through the sandy bottom of the launch pad right at the end of the wooden rails on which the plane accelerated with its skids.

Finally, three days later, it was Orville who controlled the flyer, took off and made history as the first “powered flight pilot”. 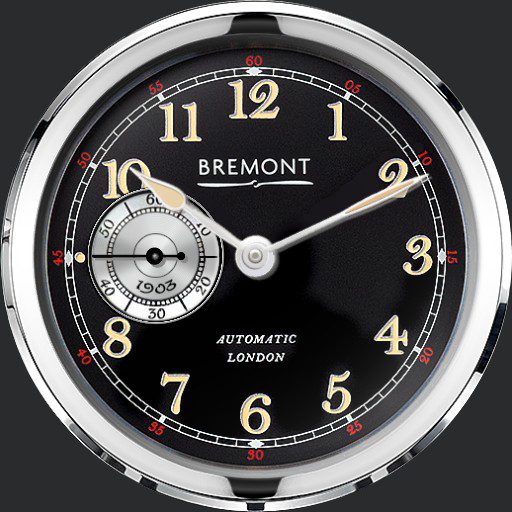 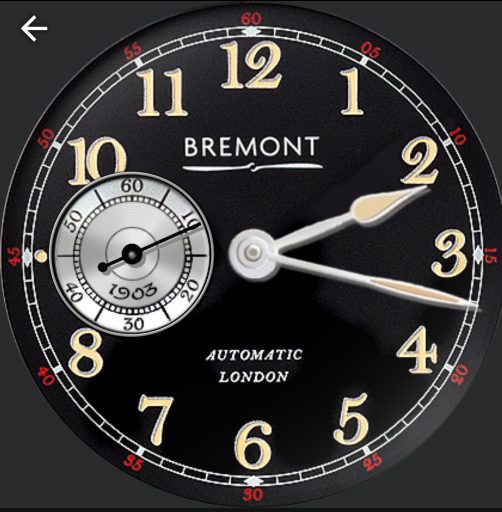 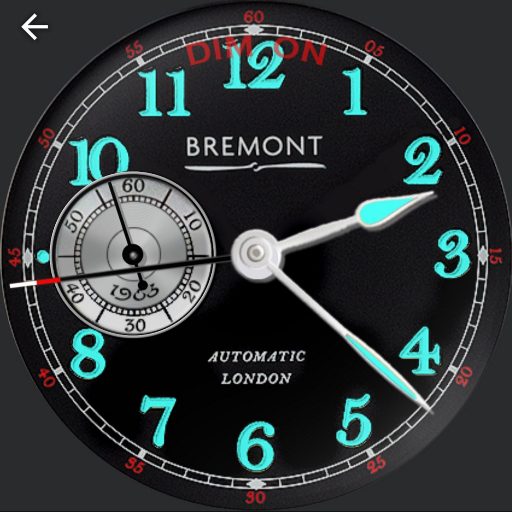 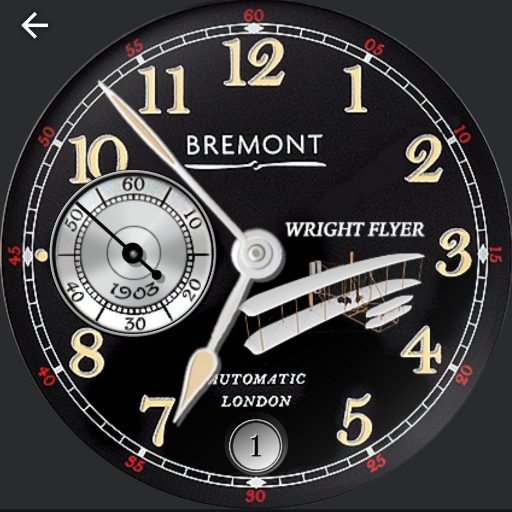 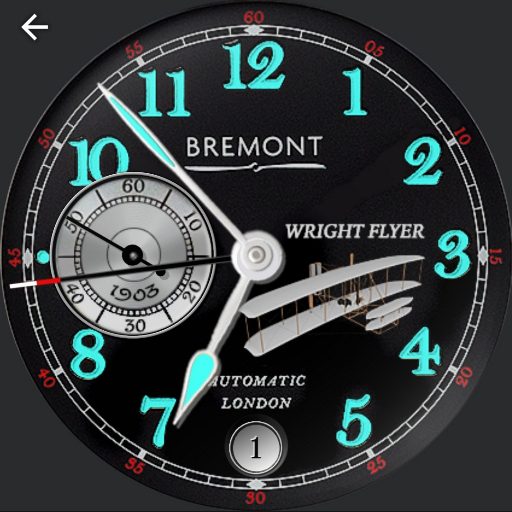 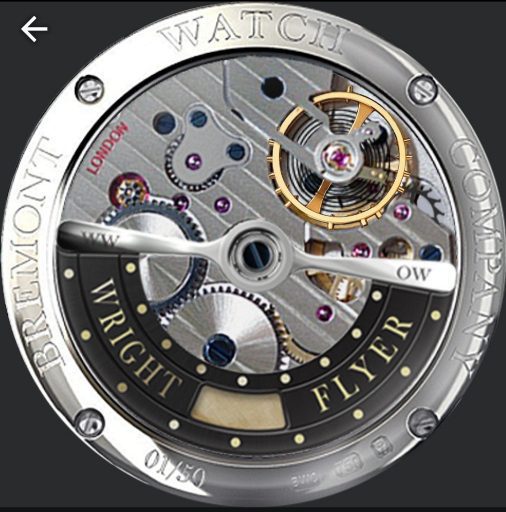