View all Guides View video tutorials Smart Watch Index
Join our site like 40955 users have and download one of the 11320 Watch Faces! 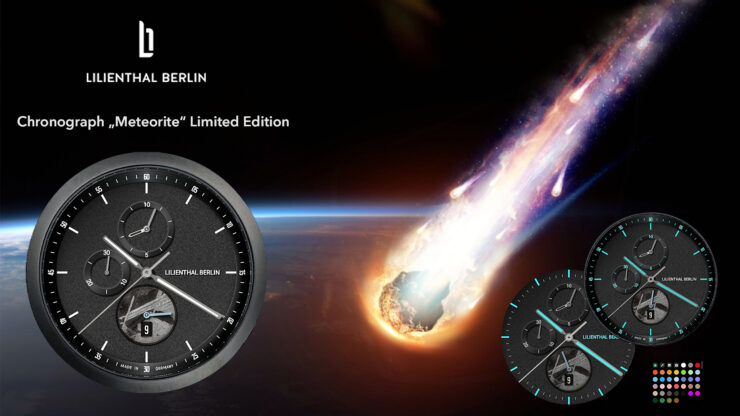 COSMIC DYNAMICS
A multiple award-winning design, measuring technology accurate to the tenth of a second and an extraterrestrial sophistication: The chronograph in the limited edition “Meteorite” has a real, very unique piece of meteorite on the dial as a second eye. The matt gray tone of the case and the glow in the dark elements in Superluminova underline the space style. The chronograph “Meteorite” is limited to 3333 pieces.

Alien highlight
WITH REAL METEORITE
Time is sometimes quite relative: the piece of a meteorite on the dial is many millions of years old. It flew across space and then landed 800,000 years ago in the tiny town of Muonionalusta in the north of Sweden. Another 100 years ago, the meteorite was found there. And only now has it finally found its place: on the dial of this truly exceptional watch. The fact that this in turn can measure the time to the tenth of a second makes it all the more impressive to see how different temporal dimensions can be.

A REAL RARE
LIMITED TO 3333 UNIQUE
Finding a meteorite is a fairly unlikely thing: it takes quite a bit of luck to hit the earth exactly, survive the fall through the atmosphere and then be found at all. That is what makes this material so rare, so fascinating and, by the way, also so expensive. And that is what makes the watch so unusual: we have built a unique watch around the meteorite – and there are only 3333 of them! The individual structure of each piece of meteorite and the engraving on the case back make each of the chronographs from this limited edition a guaranteed unique piece.

GALACTIC FINGERPRINT
ASTRO DESIGN AND SUPERLUMINOVA
Weightlessness and the cold in space have left their mark on the widely traveled meteorite: each piece has a unique pattern – the so-called Widmannstätten structure. The fine lines and metallic gray of the meteorite continue in the specially polished dial with superluminova elements glowing in the dark and in the matt gray case with the square, rounded pushers and the inset crown. This way, the award-winning design from the capital and the elegance created in space complement each other perfectly

The watch brand Lilienthal Berlin was founded in 2015 as a startup by Jacques Colman and Michael Gilli. The goal of the two young men: to bring THE Berlin watch to the market.

The history of the “Berlin clock”

The two founders of the company came up with the idea for this unusual watch brand, which is supposed to reflect Berlin’s attitude to life, early in the morning while walking through the Tempelhofer Feld. According to their own statements, they had a creative inspiration at the moment, because anything is possible in this pulsating city full of contrasts. Therefore, they had the idea to show the DNA of Berlin in the newly created watch brand Lilienthal Berlin. The company name goes back to the flight pioneer Otto Lilienthal, who made his first flight attempts in Berlin.

The minimalist design by Lilienthal Berlin is striking. The watches do not require frills, bling-bling and other abnormalities. And it is precisely this fact that makes these watches so attractive, because they fit every occasion – ideal for a city where everything seems possible.

According to their own statement, the watches are not only minimalistic, but also profound, because many design elements have a clear Berlin connection:

-The crown in the form of a world clock stands as a symbol for the Urania world clock on Alexanderplatz in Berlin.
-The Serenity Blue second hand captures the mood of the city and was inspired by the “Blue Hour”.
-A special feature is the three-part time display. According to the company’s founder, it should symbolize the balancing act between constant movement and inner peace that the city has to deal with every day.

Sustainably made in Germany

The Berlin watch brand not only focuses on quality in the development of watches, but also in production. This becomes evident in the quartz movement of the “Swiss Ronda” brand, which is one of the best that can be used to display the time of a watch. Other characteristic features are the light blue second hand and a light blue, short bracelet seam on the spring bar. The industrial look on the back of the watch is also striking.

Lilienthal Berlin also focuses on sustainability. The watches are produced exclusively in Germany, because the company founders place great value on not producing anonymously abroad, but on people they know personally. This is the only way to achieve your own high quality standards and maintain them in the long term. Final assembly and quality control also take place on site. With this company philosophy, the two young entrepreneurs are involved in every production step and can be sure that the clocks will turn out exactly as they imagine.

Lilienthal Berlin has a keen sense for market trends, whereby the sustainable quality standards are ensured by not participating in “every nonsense”. About the concept of the watch brand
The two founders live up to their claim to sustainability with vegetable-tanned wristbands that do not require chemical sealing and are therefore particularly comfortable to wear. Environmentally friendly components are also used in the areas of packaging and shipping. In this regard, sustainability comes before economic profit. Lilienthal Berlin won the Green Product Award for this sustainability concept in 2017. 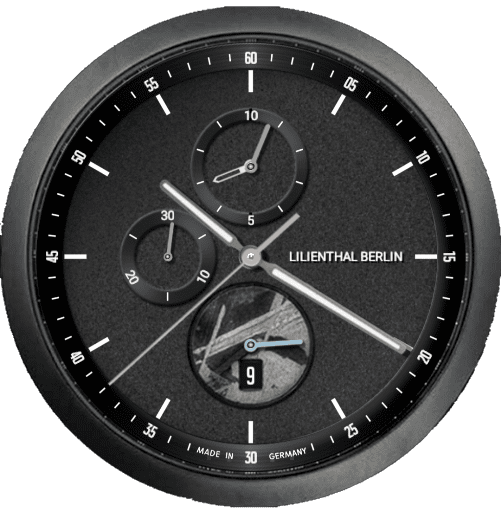 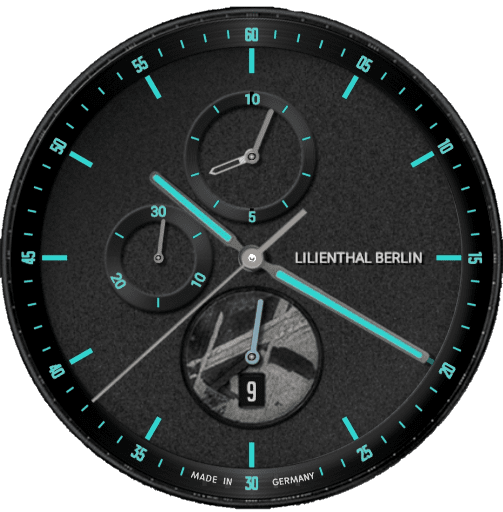 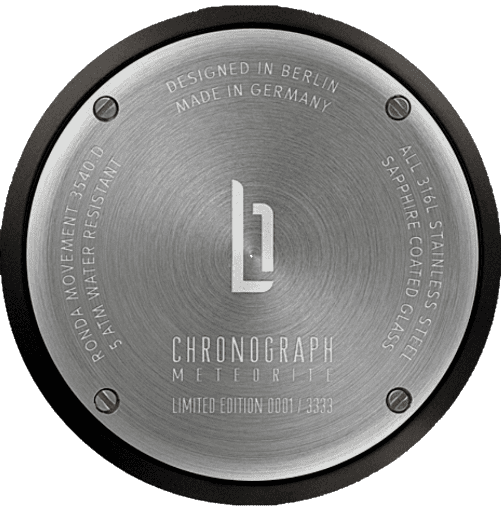