View all Guides View video tutorials Smart Watch Index
Join our site like 40954 users have and download one of the 11320 Watch Faces! 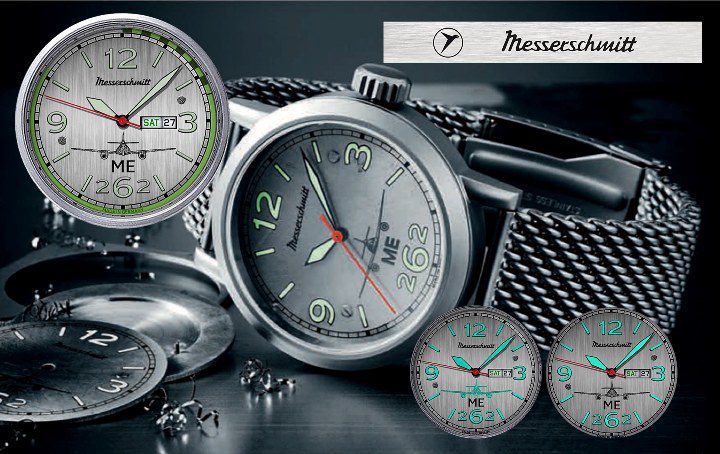 New face of a very rare watch with original aircraft parts.
Face does not correspond 100% to the original. I changed the graphics a little and added the day and date display. Battery Ring can be switched on as an option.
In DIM Sunset Mode, the face behaves like DIM off during the day.
Exact switching between day and night, only in night mode with Color.

History:
“Do you want to use the few remaining components of the first jet plane for a wristwatch?” Was asked at ARISTO VOLLMER GmbH in Pforzheim in February 2015. The manufacturer of the Messerschmitt watches received this offer from the Rhenish company Aero1946.
Aero1946 specializes in design concepts that symbolize the human will to survive. After the Second World War, consumer goods for everyday civilian life were made from war equipment. Steel helmets became pots, cannon tubes became heating pipes.

While searching for material that reflected the spirit of optimism after 1945, an Aero1946 employee found a house south of Munich that was covered with airplane sheet metal. It once belonged to the department head of the factory in which the Messerschmitt ME 262 was manufactured. After the end of the war, he used a material for the roof of his house that was supposed to be installed in the world’s first jet plane.

On the original ME 262 in the German museum in Munich, it was proven that this authentic “flying material” was intended for the rear of this type. It was not only stable as an aircraft sheet, but also very corrosion-resistant due to its high-quality aluminum coating.

ARISTO VOLLMER in Pforzheim: “After the caller sent us a sample of the material, we immediately bought the first components. Aero1946 had already used material from classic aircraft for furniture and other designer pieces. The ME 262 Aero is
now the only wristwatch that was equipped with original components from the first jet aircraft. ”

Before the ME 262-Aero could be produced, the designers had to make a decision: “The aluminum had a patina that we had never seen with any other material. We deliberately did not have it painted to preserve this effect. ”

The commissioned Pforzheim-based company Glauner GmbH, as a dial manufacturer, has the know-how to also prepare antique material for a wristwatch. First, the colleagues had to align the 1mm thick aluminum sheet. A dial must not be thicker than 0.40 mm in the area of ​​the clockwork. The material was too brittle and too hard to roll flat. After trying to glow it became wavy. A Glauner technician found the solution by reducing the dial to the permitted thickness only in the area of ​​the movement.

Only one thing tarnishes the breakout mood for which the watch model ME 262 stands. No major orders can be serviced this time by the exclusive manufacturer of the Messerschmitt watches. There is just enough material to assemble 262 copies of the ME 262-Aero. As a result, this edition is limited by itself and is numbered consecutively.

Willy Messerschmitt was born in Frankfurt am Main in 1898 to Baptist Ferdinand Messerschmitt and his second wife Anna Maria, née. Schaller, born. From 1906 he grew up in Bamberg, where his parents ran a large wine shop with a wine bar. Already at the age of 10, he built airplane models and later, while still a student, real glider planes, which he tried out with friends himself. As a 13-year-old student, he met the glider pioneer and government builder Friedrich Harth, who was to influence his life considerably. Immediately after graduating from high school, Messerschmitt was drafted into military service in World War I in 1917.

In 1934 he designed the Bf 108 (M 37), which set new standards in lightweight construction and is considered a model for modern aircraft construction, the fighter Bf 109 used by the German Air Force in World War II. In 1937 Messerschmitt was appointed professor. During the National Socialist rule, he was tasked with the development and production of combat and fighter planes; among other things he developed the record-breaking Me 209 and Me 262, the first mass-produced aircraft with a turbine jet engine.

MESSERSCHMITT watches – made in Germany by ARISTO

Wilhelm Emil Messerschmitt (1898-1978) not only shaped high quality standards for technical products as an aircraft designer and aviation pioneer.

The Messerschmitt Foundation, which he founded in 1969, is dedicated to the care and maintenance of historic buildings and cultural monuments across Europe.

With this in mind, ARISTO VOLLMER GmbH in Pforzheim manufactures the sophisticated wristwatches that are worthy of this label: MESSERSCHMITT®

MESSERSCHMITT® watches impress with their classically striking design and technically high-quality interior. The watch and concept manufacturer ARISTO VOLLMER GmbH is once again recognized by journalists and other watch experts all over the world. 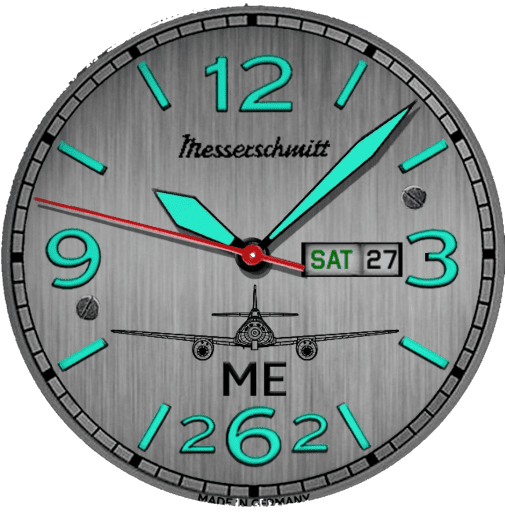 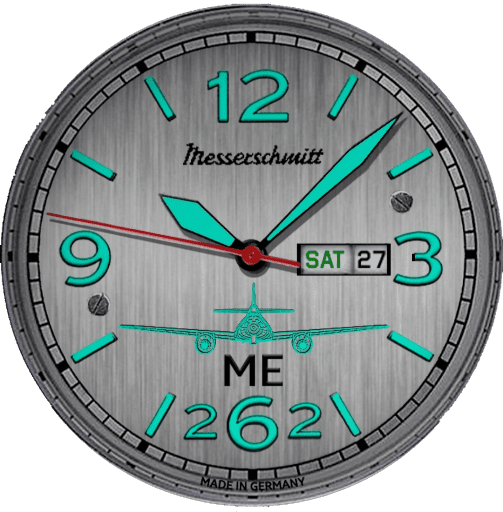