View all Guides View video tutorials Smart Watch Index
Join our site like 41012 users have and download one of the 11348 Watch Faces! 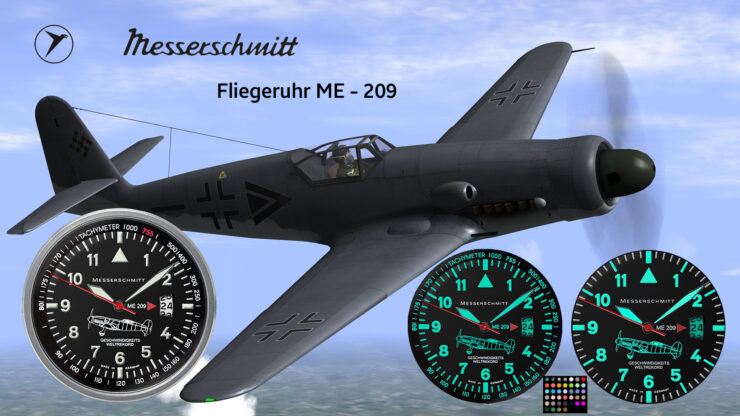 Hansjörg Vollmer, producer of Messerschmitt watches: “As a manufacturer of sporty, sophisticated wristwatches, I can only take my hat off to all the aircraft designers, technicians and pilots who worked for this development. Me-209 developer Willy Messerschmitt would be proud if a watch model with his name reminded them of these top performances. ”This pilot’s watch impresses with its striking design with tachymeter scale and“ Roter 755 ”and the silhouette of the ME 209.

The “MESSERSCHMITT” legend started with the long-distance world record of a Messerschmitt ME 108 in 1935. And it reached its provisional high point with the Messerschmitt KR200 cabin scooter, which is recognized today as a symbol for those economic miracle years when the general motor vehicle in Germany -sation started.

The watch and metal strap manufacturer ARISTO VOLLMER GmbH in Pforzheim continues this tradition with the wristwatch series “MESSERSCHMITT”.

Messerschmitt® is a licensed trademark of the Messerschmitt Foundation Munich. All watches are made in Pforzheim and are equipped with Swiss quartz movements and mineral glasses. 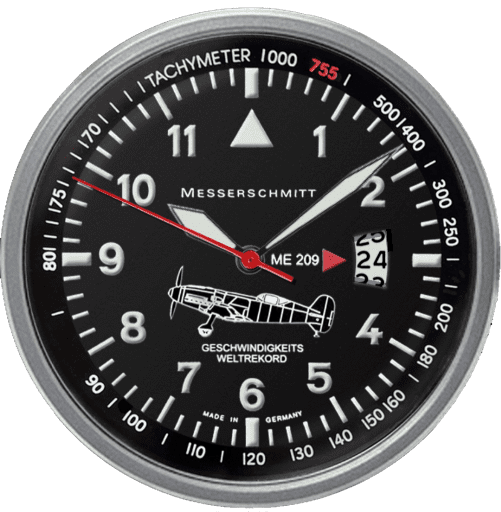 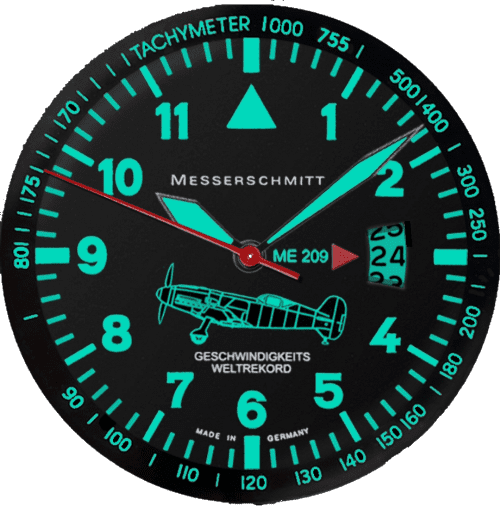 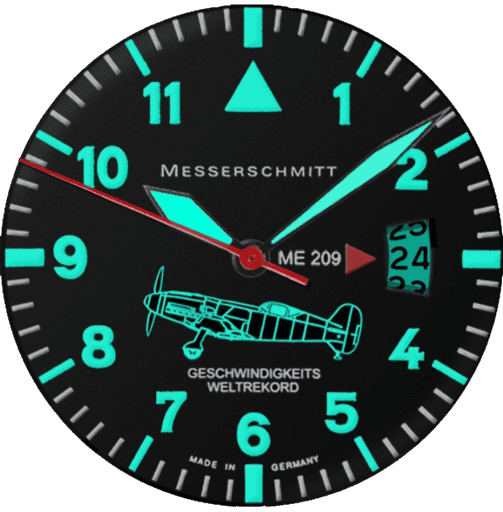