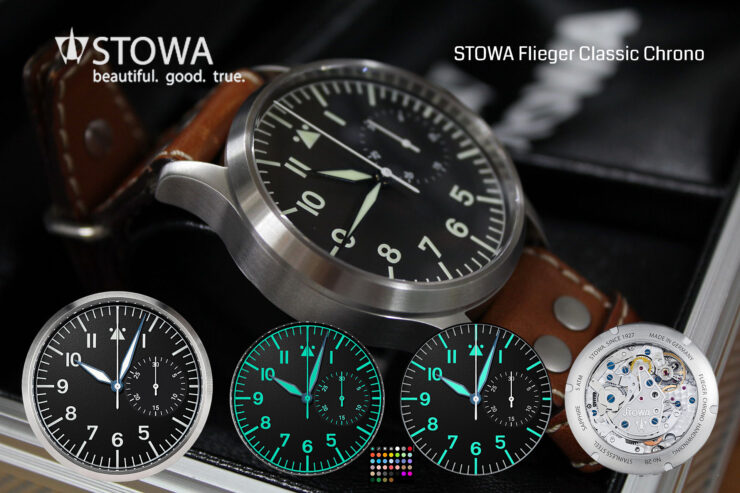 In DIM Sunset Mode, the face behaves like DIM off during the day.
Exact switching between day and night, only in night mode with Color.
With a very nice moving clockwork.

History
Walter Storz founded the Stowa company in Hornberg in the Black Forest in 1927. With the reversed initials of his first and last name, the company founder gave the Stowa company its brand name, which has continued to be present on the watch market to this day. In 1935, the company moved to Pforzheim and already very successfully manufactured mostly wristwatches under its own name. Only a few pocket watches in Art Deco style rounded off the collection until the early 1930s. In 1938, another important section began with the construction of a company building at Bismarckstrasse 54. The production of the marine observation watch and the “large pilot watch” started just a year later. In 1940 the Wehrwirtschaftsamt decided to oblige various manufacturers to produce observation clocks, so-called “B-clocks”. In addition to Stowa, these are A. Lange & Söhne, Laco (Lacher & Co.) and Wempe. Another supplier was the International Watch Company (IWC) from Schaffhausen in Switzerland. On February 23, 1945, the Stowa building was destroyed by Allied airmen during the bombing of Pforzheim. Presumably for family reasons, a manufacturing building was then rebuilt from 1951 in Rheinfelden, Baden. In the 1960s and 1970s, Stowa watches were exported to over 80 countries. In the 1970s, a mechanical alarm clock with an electronic wake-up call was developed, the smallest alarm clock in the world at the time. With the death of Walter Storz in 1974, management passed to his son Werner Storz.
In 1996, the trained goldsmith and watchmaker self-taught Jörg Schauer took over the company from Werner Storz. With a watch collection under his name, this had been a household name for watch fans since 1990. Schauer had to undertake to maintain the reputation of the brand, only then could he take over the company and its trademark rights.

STOWA looks back on a long and successful tradition regarding the construction of mechanical chronographs. Its history reaches back to the 1960s and 1970s. There were plain chronographs with classical watch cases as well as dainty ones with colorful designs in the 1970s. STOWA has always been a part of it with its exceptional watches. Inside of these collectors’ items, many of it displayed at STOWA museum, the watches feature mechanical movements of times past: Valjoux movements, Landeron calibers and more. Even today, Swiss movements are used further on, as in all STOWA watches – for example famous established Valjoux 7753 chronograph movement (reliable and solid). Generally, one of the best calibers. Over 25 years now, Jörg Schauer and STOWA use this chrono movement very successfully for their watch production. 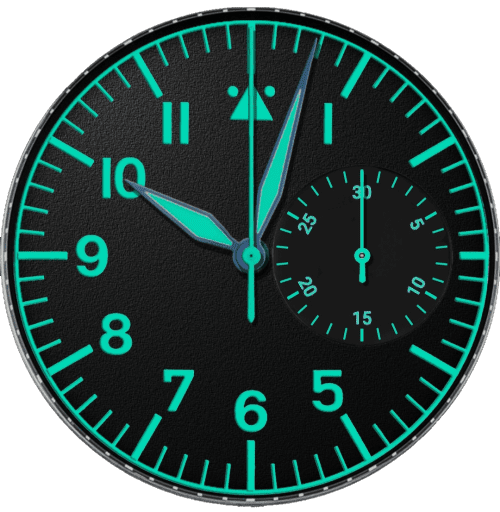 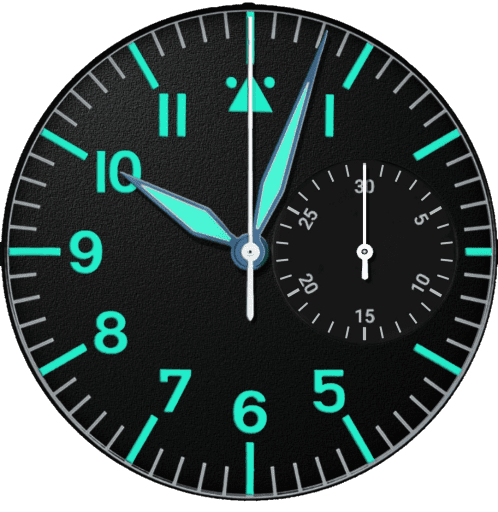 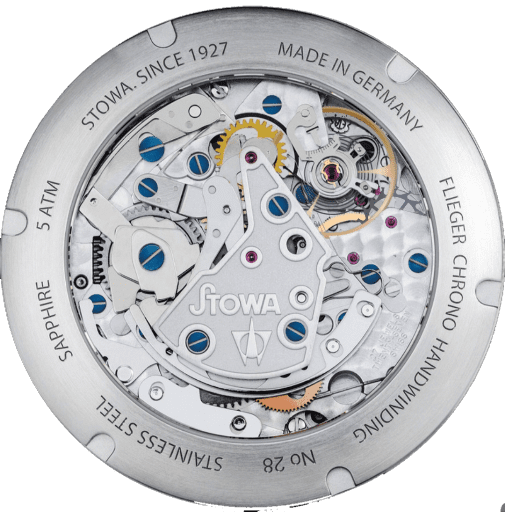