View all Guides View video tutorials Smart Watch Index
Join our site like 41007 users have and download one of the 11348 Watch Faces! 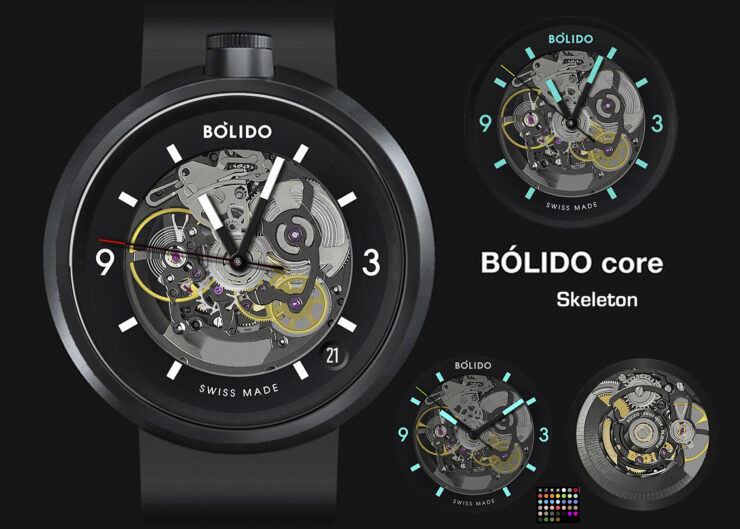 «Our vision was to create a new breed of watch. One that matches our perception of architectural design and functionality. So intelligently conceived that it can be manufactured 100% in Switzerland at a completely un-Swiss price.»
Simon Husslein & Pierre Nobs, founders of Bólido Watch Sàrl.

Skeletonized with movable clockwork, in addition, I have installed a Date function.
In DIM sunset auto off during the day, exact switchover day and night.
Made with Photoshop, encoded in WatchMaker. Have fun.

Bolido Black Edition – Core
The project of Bólido Black Edition started off with the movement, as any serious timepiece should.
In horology, the mechanism inside a timepiece is appropriately the ‘movement’; all its components are employed to perform the task of mechanically dividing and measuring time into units through perpetual movement.
Movements are micro-engines of extraordinary complexity and precision with their own technical aesthetic. Some purist timepiece collectors therefore asked manufacturers to remove the dials of their timepiece to reveal the beauty within. A few highly motivated Swiss artisans went even further, to ‘skeletonise’ the bridges and solid covers and completely expose the movement’s operation. It takes great skill, serenity and steady, unhurried hands to create such intricate mechanisms.
We challenged our watchmakers to make our beautifully sculpted skeleton movement even bolder and they came up with this mean-looking black beauty.

While some makers of skeleton watches cut corners by dispensing of the heavy oscillating mass of the self-winding mechanism to maintain structural stability, not so with us. True to the principle of ‘form follows function’, the automatic Bólido skeleton withstands centrifugal forces and shocks, maintains a 44-hour power reserve and is painstakingly regulated in 5 positions to provide consistent time-keeping.

The art of elimination
While the ‘BÓLIDO core’ skeleton movement is in itself an artful process of elimination, we also decided against using the kind of ‘run-of-the-mill nostalgic’ case associated with skeleton watches. A Bólido has to be bold and contemporary; we call it ‘micro-architectural design’. It showcases the perfect proportions and purity of manufacturing and function.
Thus the new Bólido Black Edition uses the original case design that just received the coveted global Red Dot Design Award 2018.

Bolido – the brand
Bólido was founded in 2017 by the duo Pierre Nobs and Simon Husslein. If their names seem familiar to them, it’s because both are veterans of the watch industry. Mr. Pierre Nobs was described by SJX as a “design star” and Revolution as “one of the design greats of the 20th century”. The critical recognition is primarily due to his work with the now defunct Ventura watches, which he founded in 1989. Known for its avant-garde, pioneering design for digital watches, the brand has unfortunately had financial difficulties in the last decade. In the meantime, Mr. Simon Husslein – the other half of whom worked in the renowned Studio Hannes Wettstein in Zurich and designed watches for a number of well-known brands such as Nomos Glashutte, Braun and Ventura!

In early 2017, Nobs Husslein called to check whether the 100 Swiss watch could offer 100% Swiss watches at an affordable price. Nobs was enthusiastic about the idea of ​​using automatic lathes instead of traditional case products in the manufacture of watches in Switzerland, which would reduce production costs. For this reason, two design greats have teamed up to realize this vision – and Bólido was born.

Nobs and Husslein named their brand “Bólido” after the Spanish word for meteor. Similar to a meteor, the duo hopes that Bólido “will be a lamp that crosses between the somewhat immobile fixed stars of established brands on the watch firmament. A watch with surprising qualities at a completely Swiss price. “Her vision is to create a” new generation of watches “that” corresponds to the perception of architectural design and functionality “. 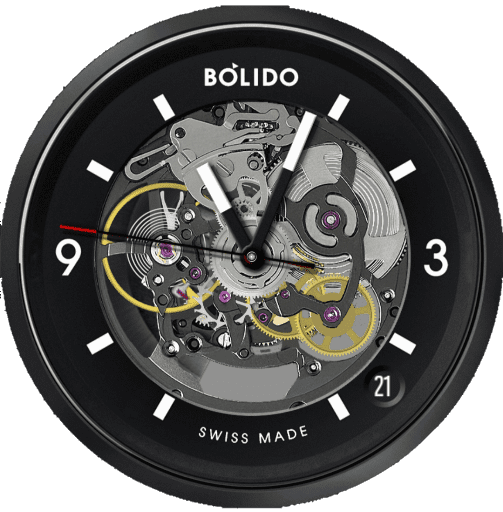 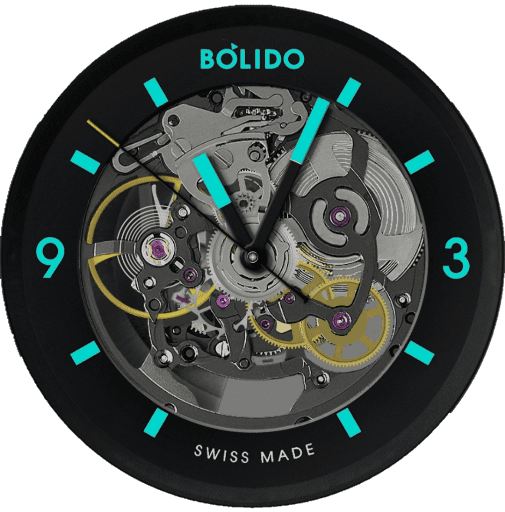 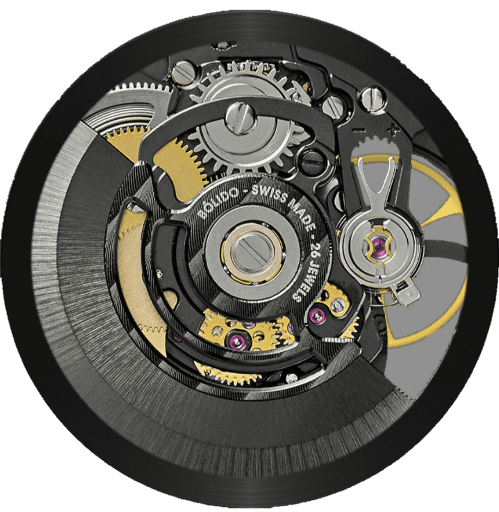