View all Guides View video tutorials Smart Watch Index
Join our site like 39020 users have and download one of the 10999 Watch Faces! 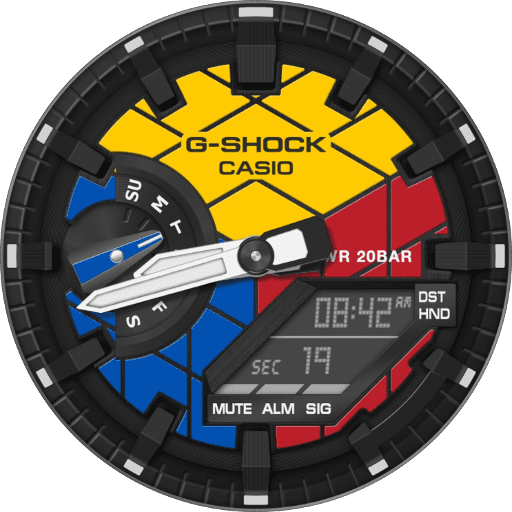 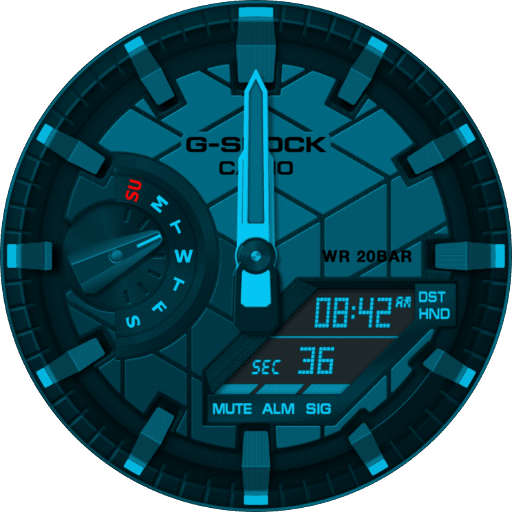 This is a re-work of a Casio G-Shock I did about a year ago. I had to do it, as I was very much caught up in the Rubik’s Cube craze. So for me a bit nostalgic and a fan.
The Rubik’s Cube was invented in 1974 by Erno Rubik. The Rubik’s Cube has become one of the best-selling toys in history, with 450+million Cubes sold to date.
The collaboration was available from 9th February 2022, but as it’s a Limited Edition, has sold out and is no longer available.
Built entirely and painfully from scratch in GIMP and assembled and coded in WatchMaker. The brand is not the banned list, just one of those that WM wont let me Publish, so only a Dropbox link.
Not necessarily a fan of the white hands, but I suspect it represents the white panels on the cube.
Tap Features: