View all Guides View video tutorials Smart Watch Index
Join our site like 38786 users have and download one of the 10979 Watch Faces! 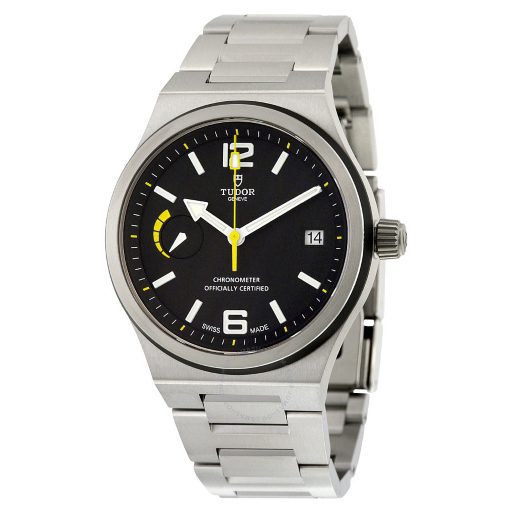 I updated the Tudor North Flag Watch Face with my new Weather Station feature. Just face it, it’s actually smartwatches we use for these watch faces. So why not add some smart features? Personally I have always wanted an easy way to see all the info I need in one place without hurting the beautiful look of the watch design. So I decided to create something simple as a “page” with all that information that I need. 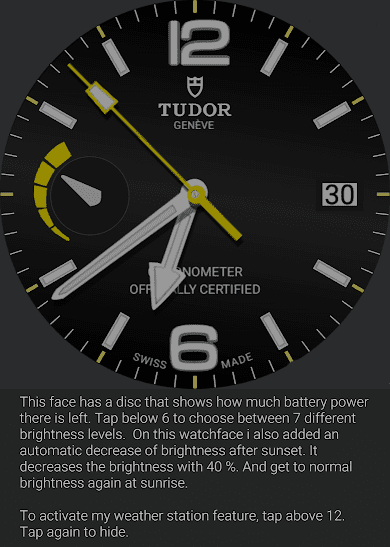 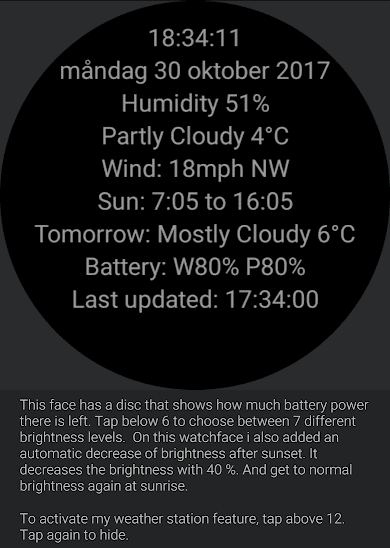 So with just one tap above 12 o’clock you can unveil my “Weather Station” with info about the weather, battery life, day, date and month. And of course the time. And with just tap again at the same place, you can easily and fast hide it again. Personally I think it’s useful, so I added that new feature to this watch face. I hope you like it too. If not, well then just simply not use it. As I said, it doesn’t hurt the design in any way. 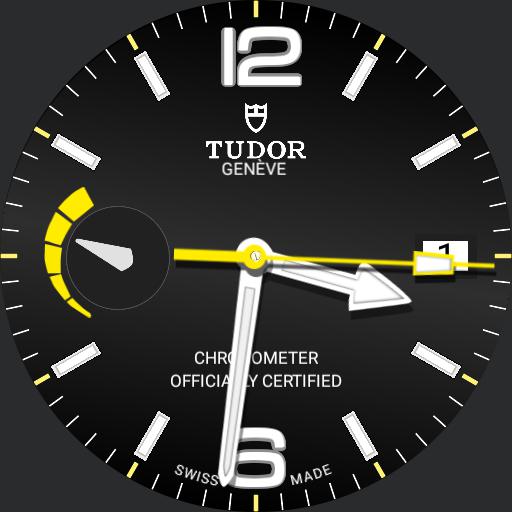 I also removed the second hand when dimmed, because it’s not necessary because this watchface already have a power dial that shows the battery life. And you also see it with just one tap in my Weather Station feature.

I also increased the automated lowering of the brightness after sundown to 40%. It’s more realistic that way.

The North Flag from Tudor embodies the spirit of the watch that inspired it, a model worn by the British North Greenland Expedition in 1952. In this watchface I have tried to transfer that spirit into a smartwatch. No fake bezels, no fake lume or artificial chronos. Just trying to do a watch face that looks as the original as much as possible on a smartwatch that already has built-in “lume”, bezels and a chronograph. 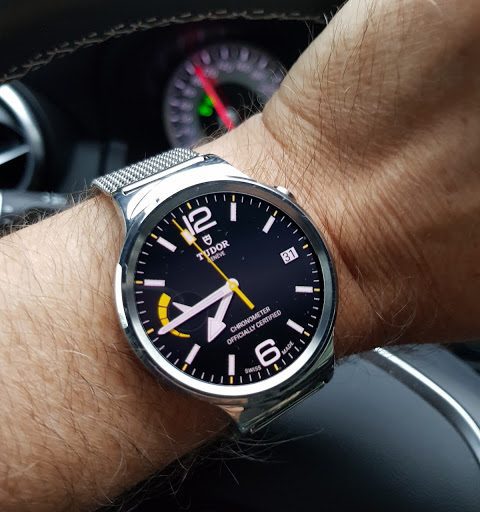 I like the way Tudor has made a watch that doesn’t look like another Rolex. The North Flag has its own soul. I like the simplicity it has but still have a lot of stuff going on. For example a date window and a power disc that turns down the less battery power the watch has. I think that works quite good on my watchface too.

I also like the yellow details it has. The yellow second hand and small yellow markers for example. And of course the yellow power marker. 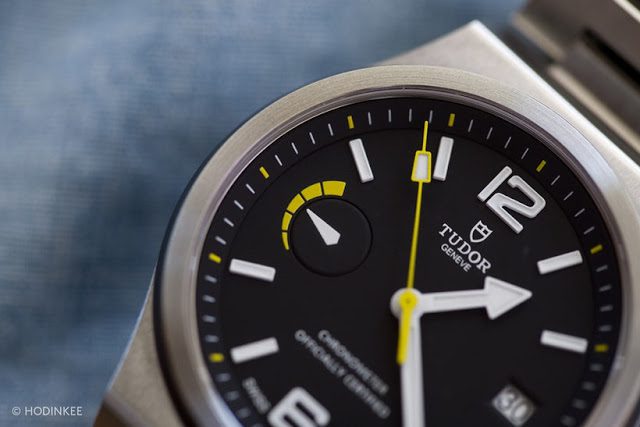 Tudors movement is beating to a frequency of 28,800 beats/hour, and I have given my watchface the exact same movement.

On this watchface I also added an automatic decrease of brightness after sunset. It decreases the brightness with 30%. And get to normal brightness again at sunrise.

I added variable brightness that I prefer over Lume. Because smartwatches already has “lume” built-in. Setting the brightness level between 5-7 works great in low light environments.This variable brightness you can use together with the automated too if you like. Both works simultaneously.

Second hand shows battery level when dimmed. Tap below 6 to choose between 7 different brightness levels. I added that placement very low on the display to minimize the risk of adding smudge and dirt on the screen.

I drew and sketched all the assets in a vector-based software to get the sharpness I want, the rest I did completely in Watchmaker. Personally I think watch faces gets sharper when assembling them in Watchmaker than doing the whole face in Photoshop or other software, and then import it into Watchmaker

One thought on “Tudor North Flag”